In the previous two parts of this masterclass (A fuel efficiency masterclass – part one and A fuel efficiency masterclass – part two), we tackled a range of issues that can have an impact on fuel efficiency in an airline or with an aircraft operator and we offered readers some practical ideas on where fuel savings might be found and realized. At the beginning, I shared some thoughts from my own experience in the field on why fuel efficiency (or operational efficiency) management matters, including the fact that better-managed airlines also enjoy better informed safety processes. We considered how to go about starting a fuel efficiency program and, most importantly, if it’s to be managed, how to create and apply a fuel budget. Cost of weight was another area that we examined closely as well as using data to discover where fuel savings can be made, design initiatives, and monitor and manage those initiatives. Most of the above falls into the remit of Flight Operations but, if fuel efficiency is to succeed, it will require the positive involvement of many other departments, large and small. In this final part, we’re going to look at how other departments can assist in and share responsibility for a fuel management program, keeping in mind the ultimate goal of “planning and operating efficient aircraft efficiently”.

This is often not a primary area for fuel efficiency program targeting but clearly the airline will wish to make the airframe-engine combination as efficient as possible: so there are a number of areas in which Maintenance & Engineering can contribute to fuel efficiency: the skin of an aircraft should be clean, no warps, dents, doublers or triplers, no peeling paint, no leaking hydraulics all over the aircraft… in fact, as few flaws as possible to help ensure that the airflow boundary layer remains intact as long as possible, creating minimal disruptions to the laminar flow around the surfaces. Everything should be done that needs to be done to make the aircraft aerodynamically perfect; and that goes for the systems and the engines as well. In fact, a lot of work needs to be done with the engines such as engine washing as frequently as financially reasonable. As an example from when I was working with Etihad is that an intensified engine washing program was started with their A340s at every ‘A’ check, every six to eight weeks, as a result of which the fuel use dropped by 2%. Now, 2% on an A340 is a lot of fuel at the end of the year, so it was definitely worth the effort.

There are a number of areas of interest as far as the physical condition of the aircraft is concerned:

There are also a number of topics to discuss with colleagues:

The Maintenance and Engineering vision should be to move beyond airworthiness alone and towards enabled and supported, optimized efficiency.

This is another department whose efforts can make a difference to fuel efficiency. Areas of interest and for discussions include aircraft handling management, load planning management, weight and balance… all with a view to making sure that the aircraft is loaded as optimally as possible.

And those people in the commercial departments of the airline cannot escape their part in this fuel management effort; after all, what they propose will often affect weight. We want lighter aircraft: but how much do readers think a paint scheme like that in figure 8 costs, apart from the time and cost for putting it on? 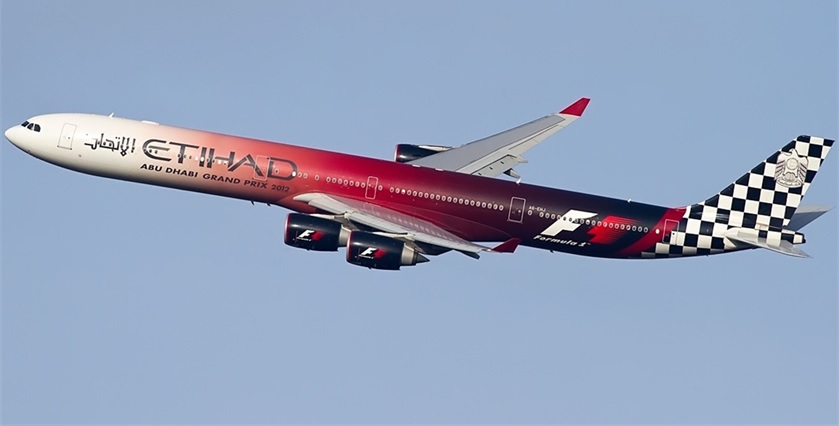 It’s a lovely paint scheme, true; but there are already hundreds of kilos of weight on this aircraft for no reason other than branding and, to carry it around for the five years that this scheme was on the aircraft will have cost a lot of money. If the marketing budget is that big and they have the money available, great; but make sure that marketing then contribute to the fuel budget for the extra fuel required to carry their livery around. As well as fuel, it increases the maintenance cost because the airline has to make sure that the paint scheme stays beautiful, otherwise the brand image will suffer. Also, for the fuel efficiency group, it’s very important that the next time the airline chooses a new first-class seat, you have input to that because you don’t want that seat to weigh a hundred kilos: it costs fuel to carry that seat around all the time whether or not there’s a fare paying passenger sitting in it. The same for cabin equipment, catering and all of that… once you dive into fuel efficiency you’ll need to be aware of the impact of all of that.

There are also the fleet-specific issues of fleet planning, network planning and equipment as well as the aircraft-specific matters such as:

When you start to think about it, there are a host if matters that are the responsibilities of people across the airline that might have a bearing on weight, efficiency and fuel use. Etihad’s 787s weight 5 tons more than other operators. And that’s only the MEW, not the DOW! A Weight Committee could maybe have prevented this.

This is a very important step and I can’t over-stress this. Data is taken from the flight scheduling system, flight planning system, FOQA (Flight Operations Quality Assurance) system and others such as Weight & Balance, DCS (Data Coding Scheme); and that data is checked and cleaned before it is presented to the fuel efficiency software (figure 9). 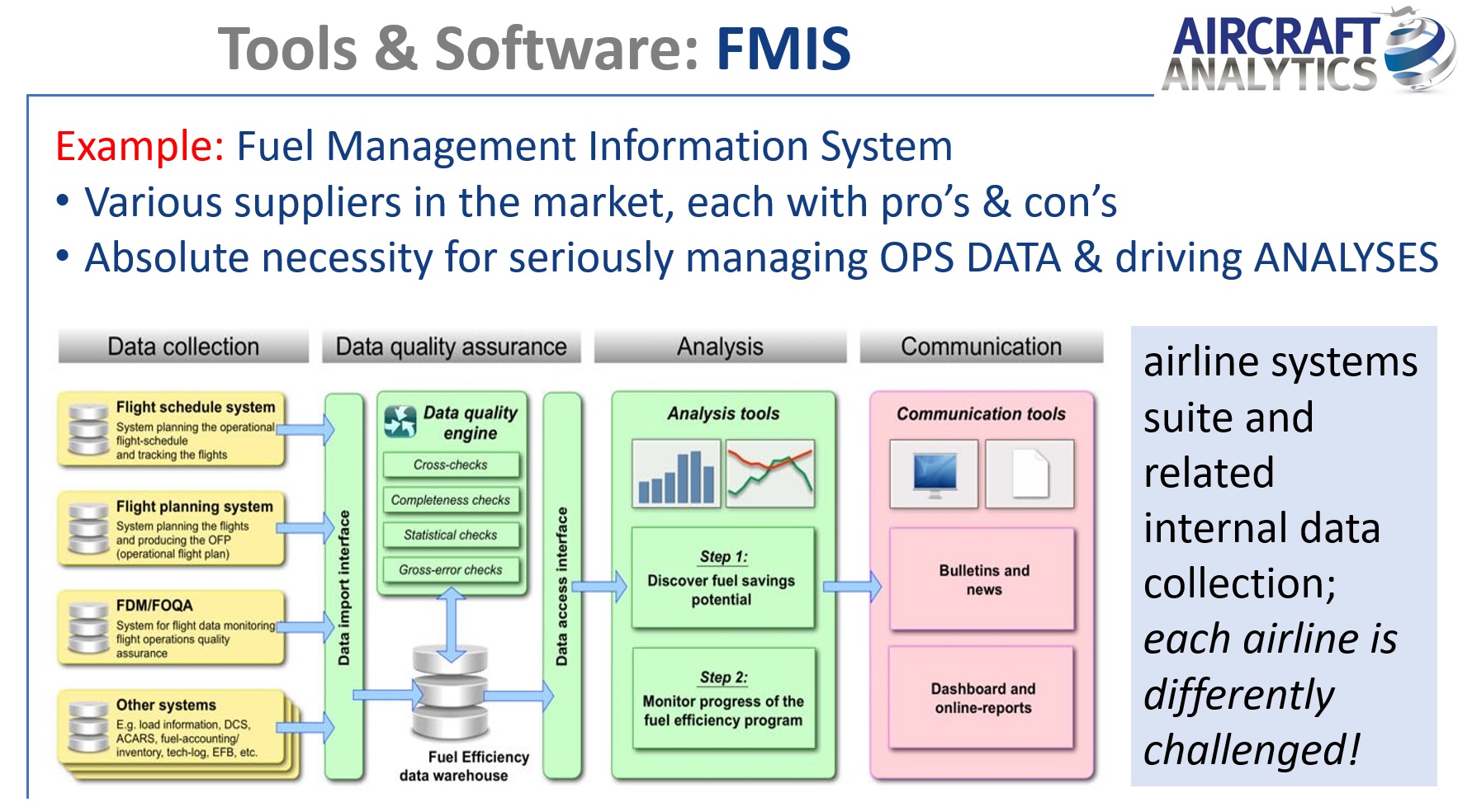 That software has the analysis tools and the communication tools. Figure 9 shows a general flow of how this information is being processed by such a system and how the Fuel Efficiency Team can use it. Now, vendors will explain a lot of detail about this but the diagram shows basically how it works. Back in the day we used to do all of this ourselves using Excel or similar, which was no fun and took forever; today we have the proper tools to create analyses on a click and communicate it all throughout the company. With web-access there’s no longer any hiding from the truth in the data.

There is so much potential to save fuel even in some of the “optimized” airlines. At Aircraft Commerce Consulting we have first-hand knowledge of these subjects, and bring it all to you during our intense Fuel Efficiency Health Check service; over a couple of days’ visit we provide an analysis of an airline’s efficiency today, following which we offer some recommendations of what could be done better and what could be changed in the airline to reach a higher state of efficiency. We can even help with setting up a complete program. 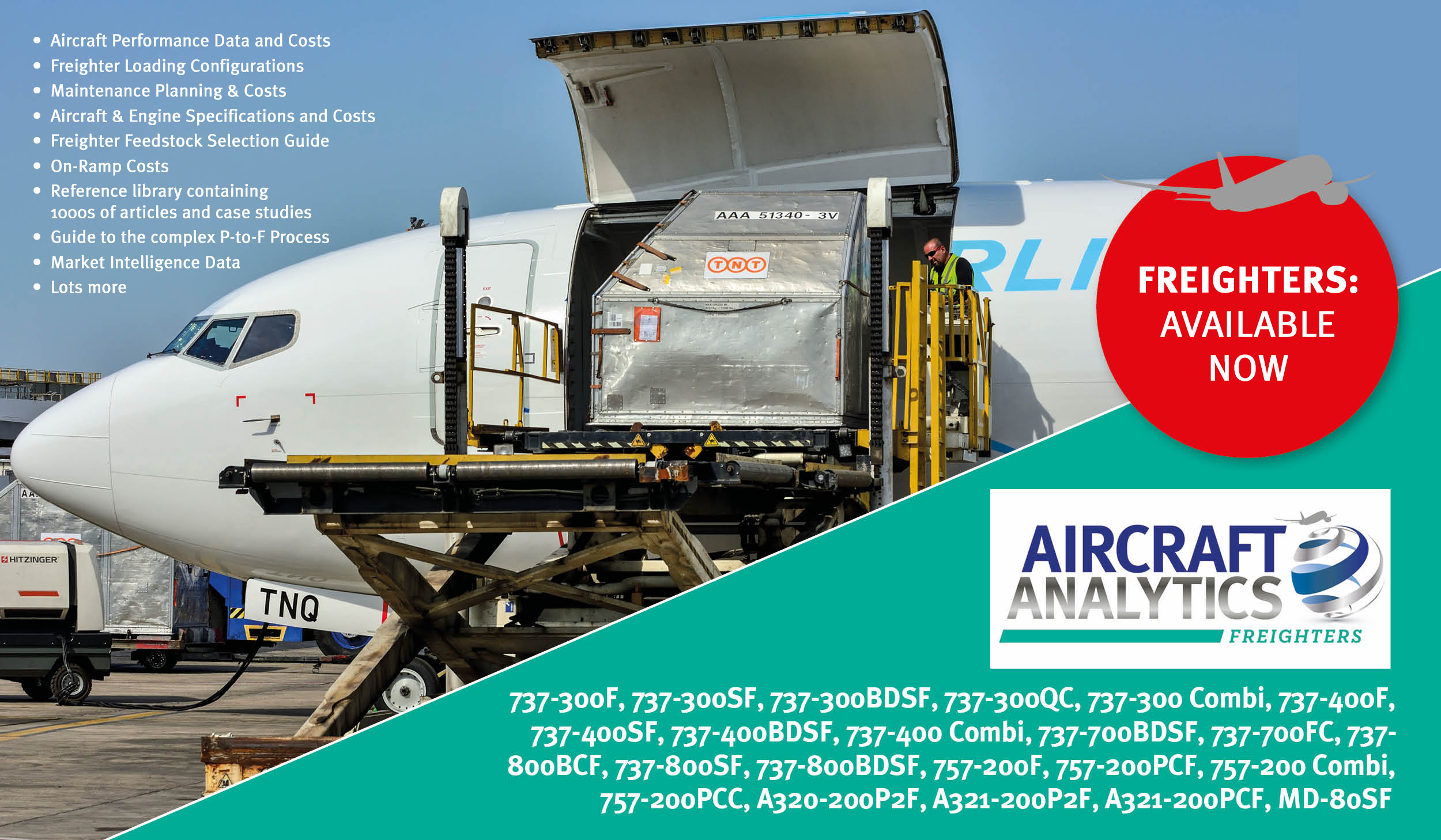